All the safety aspects were verified by the competent Authorities both in design and realization phase.

Planning and construction criteria of plant’s equipment were essentially addressed to eliminate any possible release to the environment. Therefore, tanks, pipelines, pumps, valves and all the operating systems have been realized following specific standards. These standards require to use specific material and consider their resistance to the worst critical operating conditions, with particular reference to the coupling and connections systems of pipelines and equipment. The main precautions taken by company are: fuel tanks planning, temperature control system, safety systems, collection and transfer systems and loading arms inerting system.

The above mentioned systems are supported by the measures applied to mitigate any possible accidents that limit damages and prevent any possible domino effects. Among them there are: firefighting system, emergency system (emergency shutdown), etc. 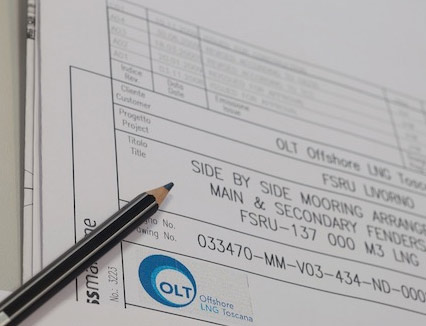 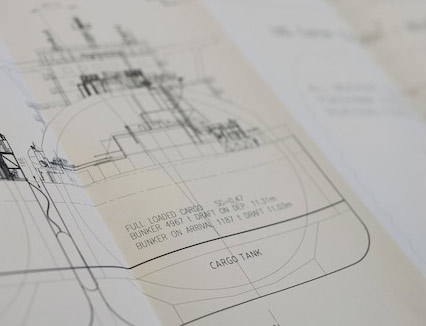 Major accident hazards prevention on board the Terminal is mainly based on the Safety Management System, which has been developed by integrating marine aspects (ISM Code: International Safety and Security Management) and the process ones (the management system is in accordance with the requirements of the law related to the high risk plants and it is certified ISO 9001 and ISO 14001).

Particular attention is paid to process systems monitoring, to check the sailing area around the Terminal, to implement the inspection and preventive maintenance policies and to the adoption of measures for mitigating accidents (Internal Emergency Plan).

The CTR (Tuscany Regional Technical Committee) concluded the authorization process related to safety aspects of the Terminal with the approval of the Final Safety Report (in accordance with Seveso law), which occurred on December 2012, and with the positive verification of compliance with prescriptions concluded by the CTR on April, 2, 2014.

In the Safety Report it was highlighted that the effects of major accident hazards considered as possible would have no impact on the population and on any vulnerable site and in particular, they would have no impact outside the exclusion zone (2 nautical miles). This guarantees a safety level considerably higher than the one of an onshore Terminal. 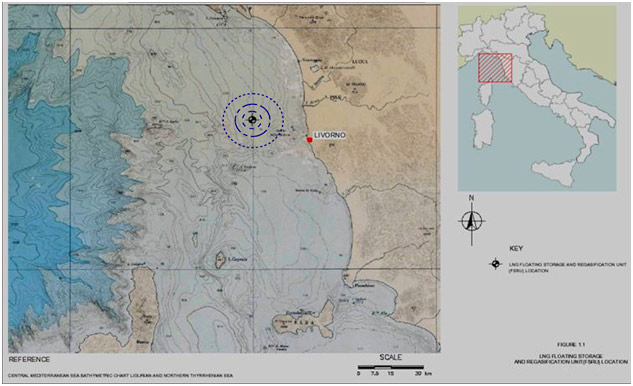 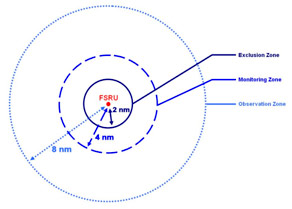 The regasification Terminal “FSRU Toscana” is based on safe and fully-tested technologies using subsystems and components which have been already used for long time in various sectors of oil&gas industry. The phases of design and construction were carried out with Saipem, one of the most qualified companies Worldwide.

A study of the US Coast Guard verified that the LNG is one of the less dangerous substances among those usually transported offshore and downloaded to inshore storage as chemical/petrochemical and fuels.

There were no significant accidents in over 78.000 trips of LNG carriers in the least 50 years (Source: SIGTTO). 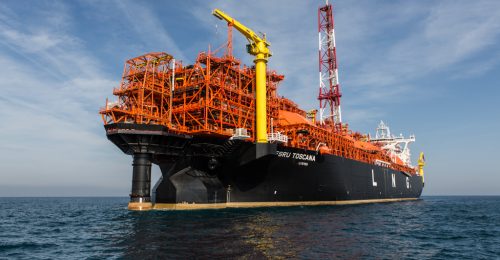 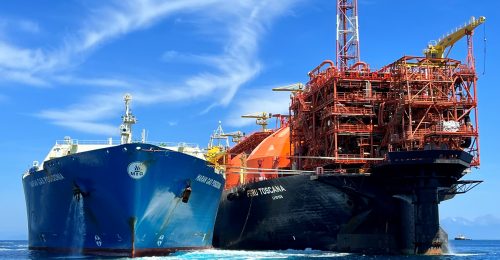